Home > Blog > Research Tells Us What We Suspected All Along

A fantastic doctoral-candidate-summary article was published in Elle Canada recently. The author, Ben Barry, has hard evidence to tell the rest of Madison Avenue what we regular size people knew all along.

Why are models so important to advertising and advertisers? “They are the bridge between the consumer and the brand. They not only demonstrate how clothes fit and flatter the human body but also convey a brand’s image and identity.”

But, what if that bridge is broken?

“The typical model is size 2, whereas the average woman is size 14. Most models are between the ages of 15 and 24, yet there are more Canadians [this particular research took place in The Great White North] between 40 and 49 or 50 and 64. Only 10 percent of models in North American fashion ads are non-Caucasian, yet 16 percent of the Canadian population is non-Caucasian—and that increases to 40 percent for Toronto and Vancouver.” 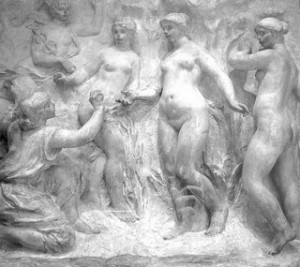 The old line of thinking was (and still stands to some extent) quite misogynistic, or at the very least, manipulative:

“It’s better to use extremely thin models because that’s what makes women feel bad about themselves and want to buy the products…because women will never be as thin as the models, they’ll always feel inadequate and continually demand the clothes.” In other words: Marketers hire models to sell an image that most women can aspire to but never achieve.

So, why don’t current advertisers change course? Another advertising veteran puts it this way: “The ideal is too lovely a fantasy to give up…. Fairy tales are more potent than reality.” Another similar maxim I’m familiar with: give them what they want, not what they need.

“In Italy, legislation was enacted to prevent models who are too skinny from strutting catwalks. The French government considered imposing fines—even jail terms—on brand executives who promote ‘excessive thinness’ in ads. [In] Canada, the Quebec provincial government introduced the Quebec Charter for Healthy and Diverse Body Image in 2009 to encourage the fashion industry to promote diversity.”

But simply imposing legislation against commercial acts alone isn’t enough of a motivating factor. For manufacturers and businesses to ‘get it’, it has to hurt where they feel it. Leaving money on the table when they visibly cater to such a small target demographic: tall, ectomorphic young women.

The author’s study found that “women increased their purchase intentions by more than 200 percent when the models in the mock ads were their size.”

In the focus groups, women explained that they could better picture themselves in the dress advertised by similar models. They could imagine how the dress would flatter their shape, how the aesthetic would suit their age and how the colors would complement their complexion. One woman, on viewing a similar-looking model, put it this way: “I’d buy the dress in an instant because [the model] looks like me. I can see how this dress will hug my curves in all the right spots.” 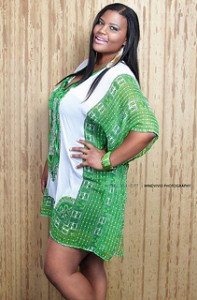 Perhaps you can empathize with a majority of the author’s poll subjects: “I also discovered that women—especially those seldom reflected in fashion ads—felt beautiful and confident when they saw models who reflected their traits and felt motivated to buy the dress. When one mature woman saw an older model, she explained: “[The model] does more than make me feel beautiful; she inspires me to go out and get this dress and celebrate my beauty.”

Can it be put any simpler? Advertise your clothes with (target) size-appropriate models, and a positive connection will be made.

The author sums up his findings:

Contrary to long-held marketing wisdom, fashion ads don’t need to lead women to aspire to an unattainable ideal to sell products. Instead, women will buy fashion when models convey a realistic, attainable image and make them feel confident; they will continue to demand the products to maintain the advertised look and their feelings of empowerment. To unleash this economic potential, brands should cast models who mirror the diversity of their target market.

You can read the article in its entirety on Elle Canada online here. Talk about it on our forums. 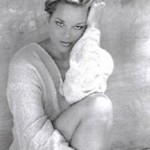 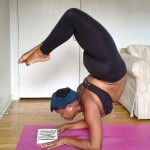